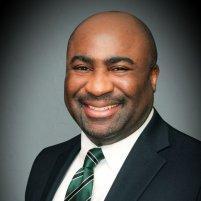 You may be worried about your own lapses in memory or be concerned about a family member who’s increasingly forgetful, can’t concentrate, or constantly loses things. One of the best things you can do is get an early assessment performed by Nnamdi Dike, DO, at Affinity Neurocare. Dr. Dike specializes in identifying the exact cause of your memory problems and developing personalized treatment that supports your cognitive health. To schedule an appointment, call the office in Frisco, Texas, or use the online booking feature.

What are the different types of dementia?

Dementia refers to several health conditions that affect your memory and cognitive abilities severely enough to restrict your daily functioning. The primary types of progressive dementia include:

Medical conditions such as depression, hypothyroidism, kidney disease, and vitamin deficiencies can also cause dementia. However, this type of dementia usually improves when the underlying health problem is treated.

What symptoms develop due to dementia?

While memory loss is one of the earliest signs of most types of dementia, patients who develop frontotemporal disorders don’t have memory problems. Instead, frontotemporal dementia causes extreme changes in behavior and personality.

As a group, dementias can cause cognitive symptoms as well as psychological and behavioral symptoms.

Dementia may also cause movement disorders, like rigid muscles, tremors, a shuffling walk, or slowed movement.

What should I know about Alzheimer’s disease?

Alzheimer’s disease is the most common type of dementia. Several factors contribute to the development of Alzheimer’s, including changes in the brain caused by plaques and tangles. Plaques develop when a protein called beta-amyloid accumulates between nerves. Tangles are twisted proteins called tau that accumulate inside nerve cells

Plaques and tangles progressively destroy nerves in the brain, causing symptoms that advance through stages. Patients initially experience memory loss and changes in thinking. Over time, they have a hard time communicating and their personality and behavior change. In the latest stage, they lose the ability to perform daily activities like walking and eating.

What treatments are available for dementia?

Since there’s currently no cure for dementia, treatment focuses on relieving symptoms. Medications called cholinesterase inhibitors may help people with Alzheimer’s disease and Lewy body dementia by improving memory and depression, and reducing agitation or hallucinations. Another medication, memantine, slows the progression of Alzheimer’s disease.

Dr. Dike may prescribe other medications for vascular dementia and frontotemporal dementia. He also works closely with family members to help them find the community support services needed for their loved ones with dementia.

Whether you need diagnostic screening to learn whether memory problems are an early sign of dementia, or you need ongoing treatment, compassionate care is available at Affinity Neurocare.